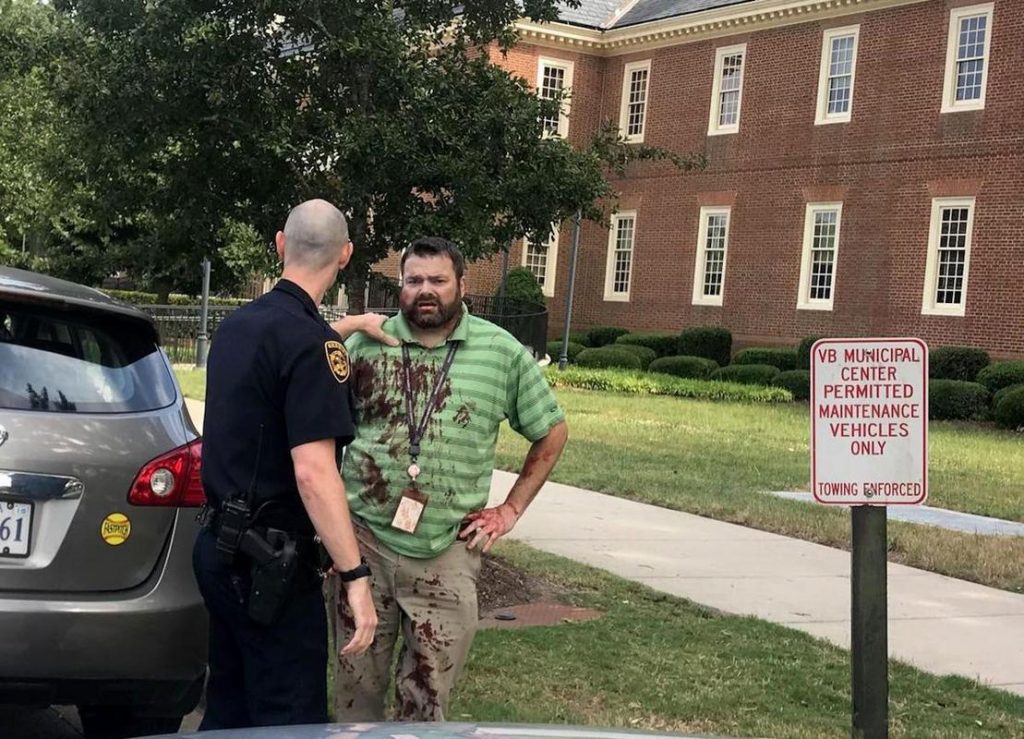 What If…you were present working at, or a visitor to the Municipal Building just paying your
utility bill. Would you believe the popping sounds you were hearing was gunfire? Gunfire from
a longtime city worker who was described as “helpful and nice” who entered the building
shooting anyone in his path.

What if…you were a witness to these senseless acts of murder and injury to your co-workers –
many of who were friends of the shooter. What would your thoughts be as you hear the
approaching gunfire and screams of the innocent coming closer and closer to you? Would you
be hiding and hoping that the shooter would pass you by or that the police would utilize their
training and stop these deaths from happening? Or would you be trying to survive – would you
utilize the Active Shooter training that you attended to Run-Hide-Fight and increase your
survivability? Or, would you regret not attending training and developing a personal safety plan
when calm – to enact in crisis?

What if…you were a responding police officer or EMS professional – running to the shattering
sounds of gunfire and the screaming victims – rather than a way to safety? Your courage comes
with consequences. You will never be the same after experiencing this. Even if you are not
physically injured, you will never “un-forget” the sights and sounds of this killing rampage.

What if…you are the family, friends, and co-workers of the dead and injured? The Post
Traumatic Stress that comes along with these tragedies is now yours to own – your pain will
never go away. There is hope as your community strengthens those who are victims as you try
and process the pain and sorrow of this unspeakable act of terror and hate.
Think each day about how we treat each other. Our current “Culture of Indifference” towards
each other in society separates and numbs us. How can we improve our resolution of
differences and conflicts without violence?